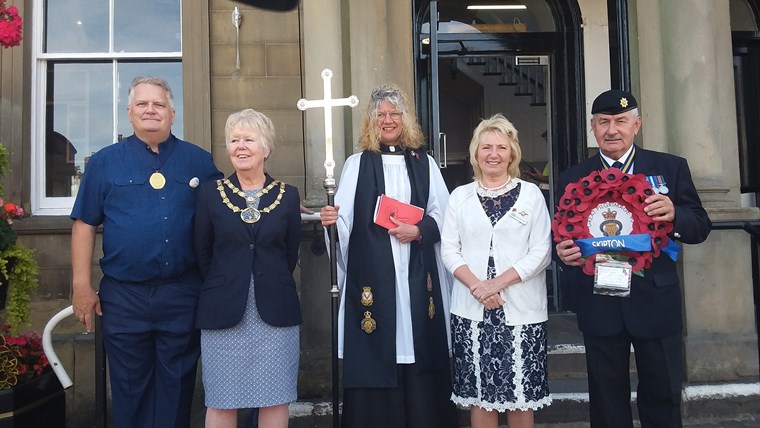 Two members of the Skipton Royal British Legion have been sent on a pilgrimage to Ypres, marking 100 years since the end of World War One.

The members were given a send-off in a ceremony outside Skipton Town Hall on Saturday August 4. 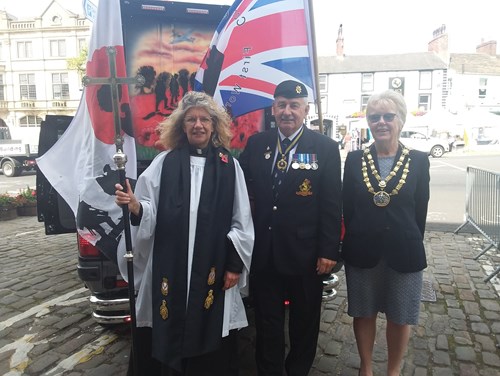 A decade after the end of World War One, the British Legion (as it was then known) organised for veterans and war widows to visit the battlefields of the Somme and Ypres before marching to the Menin Gate in Ypres on August 8,1928.

On August 8, 2018, they will parade their branch standard and a wreath along the same route to the Menin Gate for the One Hundred Days ceremony to commemorate the last 100 days of World War One and represent an entire generation that served while defending their country.