Leaders launch campaign "Working together to get change right" 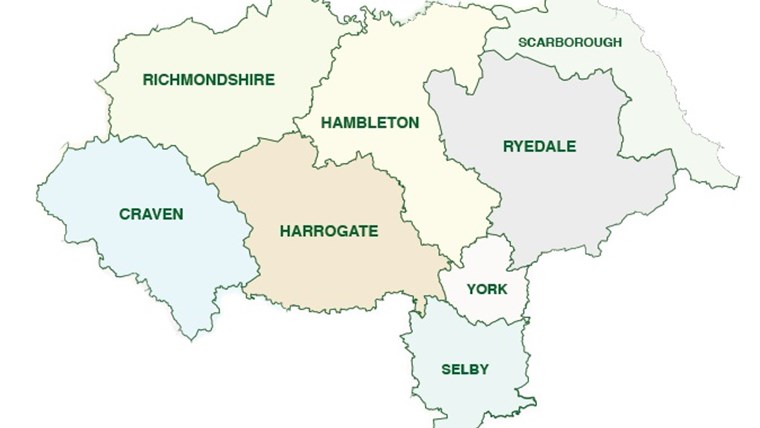 The Leaders of North Yorkshire’s seven district and borough councils have joined forces to launch “Working together to get change right” – a campaign to create a people-centred bid for local government reorganisation in York and North Yorkshire.

The campaign begins on August 1, Yorkshire Day – a day that was originally celebrated in 1975 as a protest against local government reorganisation.

However, 45 years on, Council leaders say they are not fighting against reform, but are standing up for the right deal for residents, services and the economy.

The Government has made it clear to local councils in North Yorkshire and York that they must reorganise local government in order to secure a devolution deal for the region.

District and Borough Council Leaders are now working together to put forward the right proposals for reorganisation, which will maintain close links to communities and ensure residents and businesses still have a voice.

Speaking on behalf of the council leaders’ group, Councillor Richard Foster, Leader of Craven District Council, said: “We were in discussions with the Minister earlier this month, and it is clear that the government is open to granting devolved powers and potentially billions in investment to our area, but only if local government is reorganised first. It’s really not a question of “if” reorganisation will happen. It’s more a question of “how”.

“A mega council, covering the entire North Yorkshire area – the biggest county area in the whole country - has been mooted. But we don’t believe that’s workable, or in the best interests of our people, places and economy.  Our citizens deserve better, which is why we’re campaigning to create an alternative bid that gets reorganisation right.”

In a letter sent to The Times this week, the council leaders called for “good old-fashioned Yorkshire common-sense” to prevail on local government reorganisation, which they say should be centred on workable geographies and an understanding of local communities and economies.

Councillor Foster said: “Reorganising local government will affect the lives of 800,000 people, so we’ve got to get it right. Over the next few weeks we will be reaching out to communities, businesses, councillors, parish councils and other local organisations, to find out how we can build on what we already do well, and where things could improve.

“We’ll be doing a lot of listening. We want any bid that goes before government to have local support, and we hope that government will respect that grass-roots approach.”