All eyes on fly tipping 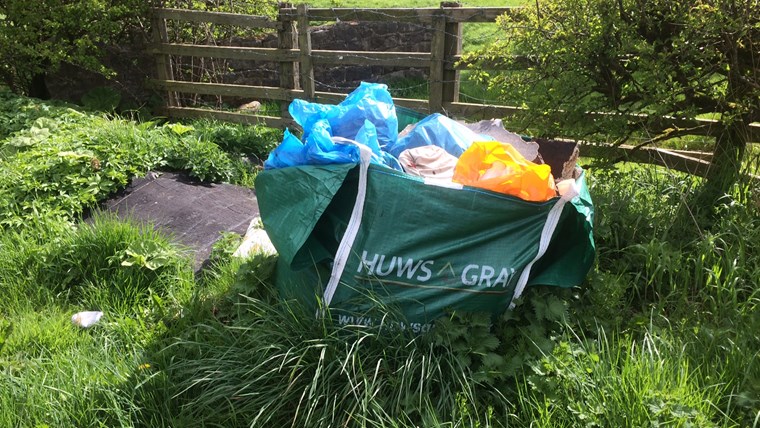 Bringing together North Yorkshire Police with landowners and district and unitary councils will allow the sharing of intelligence and information to tackle the crime. A key element will be planned and targeted enforcement action days.

Councillor Carl Lis, Craven District Council’s lead member for Greener Craven, said: “Here in Craven we have been making concerted efforts in recent years to crack down on fly-tipping in our beautiful district. We have had a number of successful prosecutions where the perpetrators have been fined significant amounts and we hope this acts as a strong deterrent to others.

“We have a ‘zero tolerance’ approach to fly-tipping in Craven and we’re pleased to be working with other authorities to tackle this issue, and reduce fly-tipping in our district and across North Yorkshire.”

Julia Mulligan, Police and Crime Commissioner for North Yorkshire, commented: “Operation Eyeball is a wide ranging operation with a clear aim – to reduce fly tipping in North Yorkshire through an innovative approach. By bringing together organisations who are on the front line of the problem and have to deal with its consequences, we are taking an important first step to tackle it. I welcome the approach being taken by councils and would encourage anyone having to deal with fly tipping to get in touch with them.”

Supt Paula Booth, of North Yorkshire Police, said: "Fly-tipping is a selfish crime that blights local environments and spoils people’s enjoyment of our towns and countryside. It is a source of pollution, a potential danger to public health and a hazard to wildlife. It also undermines legitimate waste businesses who operate within the law.

“By working together, we can tackle this issue. We also need help from the public – if you find or witness fly-tipping, wherever it is, record as many details about the incident and the waste as you can, and report it to your local authority or via the gov.uk website. This will help the authorities take action against those responsible and stop them fly-tipping in the future.”