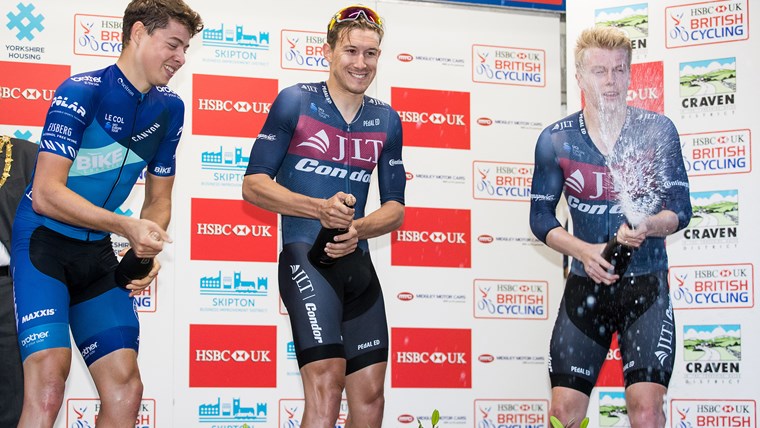 A team of world-class cyclists is heading to town on Wednesday July 11 for the Yorkshire Housing Skipton Cycle Races – and they’re looking forward to another fantastic event.

The pair are set to take part again and Jon Mould is in superb form having won a silver medal in this year’s Commonwealth Games men's road race.

"Skipton is a great race, and after winning the event last year, I'm really looking forward to defending my crown,” said Jon.

Matt Gibson is also eagerly anticipating the event, which sees the cyclists speeding round a 1km circuit from Skipton High Street, along Water Street, Coach Street, Swadford Street and back up the High Street.

"The finish line is on a drag upwards, if there is a group of riders fighting it out for the win, that always makes for an interesting sprint,” said Matt. “The crowds always add to a great night of racing."

JLT Condor team-mate Ed Clancy OBE, the reigning Olympic, World and European champion in the team pursuit, is also scheduled to ride after being forced to drop out last year due to injury.

"The race in Skipton is a favourite for many of us,” said Ed. “It's a great setting beneath the castle and on the descent down to Coach Street you can go flat out. It is a hard course but a great one for bike racing and for fans to watch."

Team manager John Herety said: "We'll be out to win in Skipton, as will many teams. Not just because it is a legendary race, but a good performance here contributes to qualification for the Tour of Britain. I think the racing will be fast and exciting."

Harry Tanfield, of Canyon Eisberg, who came second in Skipton last year and went on to secure a stunning victory in Stage One of this year’s Tour de Yorkshire, is also on the provisional riders list, along with local favourite Pete Williams, from Embsay, riding for One Pro Cycling.

Spectating is free for the event, and thousands are expected to flock to Skipton town centre for the races.

Parking will be suspended on Skipton High Street and Water Street all afternoon and evening on July 11.

The riders list is provisional and teams can change their riders until one hour before the event.

Please note teams can change their riders until 1 hour before the event.