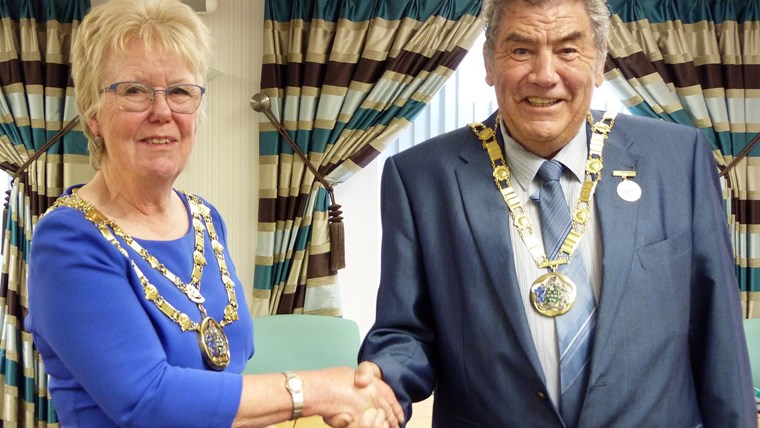 Councillor Wendy Hull has been elected as the new chairman of Craven District Council, taking over from Councillor Stephen Place.

Cllr Hull, ward member for Settle and Ribblebanks and the council’s Older People’s Champion, was unanimously voted in as chairman at the Annual Council Meeting on Tuesday May 22.

Accepting the chairman’s chains, Cllr Hull said: “I very much look forward to my year of office. I feel very honoured and privileged to be elected as your chairman and I hope to undertake the responsibilities to the very best of my ability.”

The new chairman also pointed out the similarities between life in the early 1900s and today – there were early drafts of the Local Plan, a number of directives from central government about housebuilding for families, efficiency savings, recycling - and Giggleswick Infectious Diseases hospital was under threat.

Handing over the chains, the outgoing chairman Cllr Place said: “My wife Gail and I have had a superb and enjoyable year and would like to say a huge thank you for your friendship and the privilege you have given us.

He joked: “Members will have to pin me to the ground to remove the chains from around my neck!”