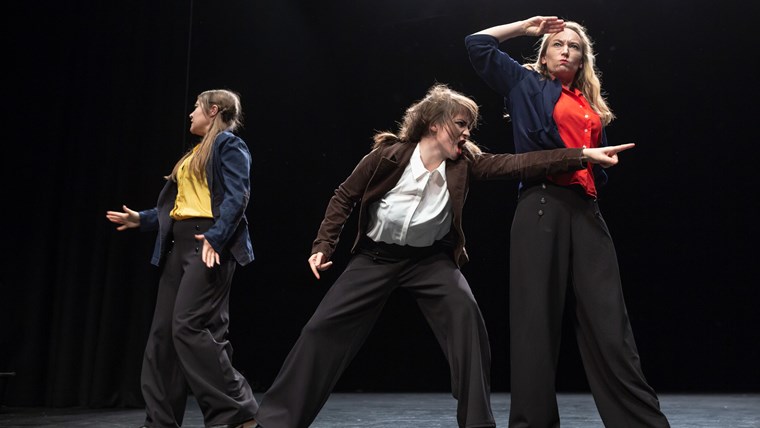 The stories of revolutionary women who brought about the end of World War One are to be told in a spectacular new play at Skipton Town Hall on October 20.

Theatre company Bent Architect has been working with academics at the University of Leeds and across Germany for the last two years, to uncover the previously untold stories of the women behind the Kiel Mutiny of 1918.

This was a seismic act of rebellion that helped spark the end of World War One and begin the German Revolution.

Their stories are told through an imagined collaboration between a young Joan Littlewood, the revolutionary director known as the “Mother of Modern Theatre", and left-wing playwright and ex-political prisoner Ernst Toller.

Rallying the voices of the oppressed, from the factories of northern England to the mills of northern Germany, they embark on a journey to share the stories of the women who changed the course of history.

Danielle Daglan, Programming & Venue Development Manager at Craven District Council, said: “We’re thrilled to have this intriguing and exciting play come to Skipton Town Hall as part of its international tour. The production tells an important but forgotten part of history; these stories are particularly resonant as we mark the centenary of the end of the First World War and the beginning of female suffrage.”

One of the women featured in the play is Hilde Kramer, who lived with her son Desmond in Ilkley in the last few years of her life. She was imprisoned and exiled for her role at the centre of the German revolution, shortly after the end of World War One. She lived in Britain from 1937 and later contributed to the creation of the British National Health Service.

Professor Ingrid Sharp, one of the researchers at the University of Leeds who helped uncover these stories, said: “These women were being written out of history even while they were making it and are now largely forgotten – I’m really excited to see them back centre stage where they belong!”

Since 2006 Bent Architect, comprised of Jude Wright and Mick Martin, have created a substantial repertoire of original theatre, touring to numerous theatre and non-theatre venues and delivering a range of educational activities alongside. Their main interests lie in platforming the voices of the voiceless and those historically ostracised by society.