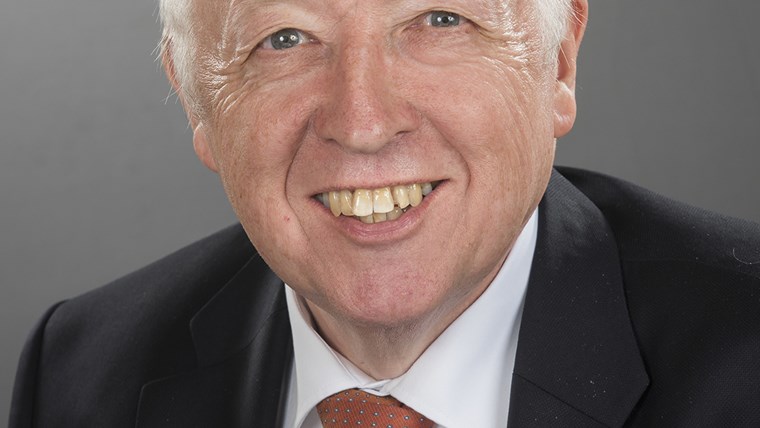 The biggest overhaul of local democracy in nearly half a century will help to temper the greatest ever financial challenges to provide key public services, North Yorkshire County Council’s leader has claimed.

A series of unprecedented challenges has placed the council’s budgets under intense pressure amid soaring inflation and the cost of living crisis, as well as uncertainty over the amount of funding from the Government.

North Yorkshire County Council’s leader, Cllr Carl Les, has said that the budget for a new authority that will be launched in the spring of next year will prove to be the most challenging he has witnessed.

A wide-ranging consultation is being launched today (Monday, October 31) ahead of the launch of the new council on April 1 next year to glean the public’s views on its financial priorities.

Cllr Les, who will become the leader of the new North Yorkshire Council, said: “North Yorkshire County Council, like all local authorities across the country, has faced significant financial challenges throughout the past decade to ensure that we can continue to provide key services to the hundreds of thousands of people who live and work here.

“However, these challenges for the forthcoming financial year are the greatest which I have ever known, caused by a succession of issues that, taken in isolation, would present significant problems to overcome in themselves.

“We have launched the consultation to give the public the chance to highlight what they believe are the financial priorities which the new North Yorkshire Council should be focused on, and it is so important that we hear those views to help us form the budget for the authority.

“The restructuring of local government in North Yorkshire could not have come at a more prescient time amid all the challenges we are facing.

“The savings and efficiencies that can be achieved through streamlining services and merging eight councils into one authority will be invaluable in ensuring that budgets can be balanced and the new council can provide vital services from adult social care and education to waste collection, recycling and highways maintenance effectively and to the quality that the public rightly expects.”

The new North Yorkshire Council will be launched on April 1 next year, with the merger of the county council and the seven district and borough authorities to pave the way for a long-awaited devolution deal.

However, it is estimated that the new authority will start the next financial year with a £27 million deficit from the county council and seven district and borough councils, and the soaring inflation nationally has added an additional £70 million in costs.

North Yorkshire County Council alone has already faced making savings of £200 million since 2010 from an original net budget of £520 million excluding funding for schools – equating to a 40 per cent reduction in spending.
Inflation in the UK has risen above 10 per cent for the second time this year driven by the sharpest annual rise in food prices for more than 40 years amid the cost of living crisis.
The Office for National Statistics (ONS) said the consumer prices index rose to 10.1 per cent in September, returning to double digits after a slight dip to 9.9 per cent. It is the highest rate of inflation since 1982.
Questions remain over the amount of funding due to be given by the Government to finance services provided by the new council in North Yorkshire. An indication of a funding settlement from central government would normally have been received at this point in the year.

But the chance for local government reorganisation in North Yorkshire presents a huge opportunity to make multi-million pound savings and ease financial pressures. Savings of up to £70 million a year are set to eventually be realised, with a total of £250 million in financial efficiencies spread over five years.

The scale of the new North Yorkshire Council’s operations will see it serve the greatest geographical area of any local authority in the country, and it will have an overall spend of about £1.4 billion, including £343 million on schools.

North Yorkshire is England’s largest county and includes vast swathes of countryside, presenting specific challenges to ensure that services can be delivered effectively and efficiently across these deeply rural communities.

The new authority will provide about 27,000 hours of personal care every week to more than 4,300 people, supporting them to continue living in their own homes, as well as providing care to more than 3,200 people in residential or nursing placements.

The new council will manage and maintain more than 8,300 council houses and process about 60,000 housing benefit changes every year.

It will also collect as much as 325,000 tonnes of waste each year, manage and maintain almost 5,750 miles of roads and 1,645 bridges, make almost 7,000 decisions on planning applications and handle up to 720,000 customer phone calls annually.

As part of North Yorkshire’s biggest ever county-wide conversation, Let’s Talk North Yorkshire, the public is being urged to pinpoint what the new council should focus on.

People are being asked which services they feel are most important to them before the new council's budget is set, what they think about council tax and also state their ideas for savings.

The Let’s Talk Money conversation begins today (Monday, October 31) and runs until December 23. The consultation will also highlight plans to make the base rate of council tax the same across North Yorkshire as well as proposed changes to council tax for second homes.

For more information on the Let’s Talk Money conversation and to take part in the consultation, details are available at Let's Talk North Yorkshire | North Yorkshire County Council online.