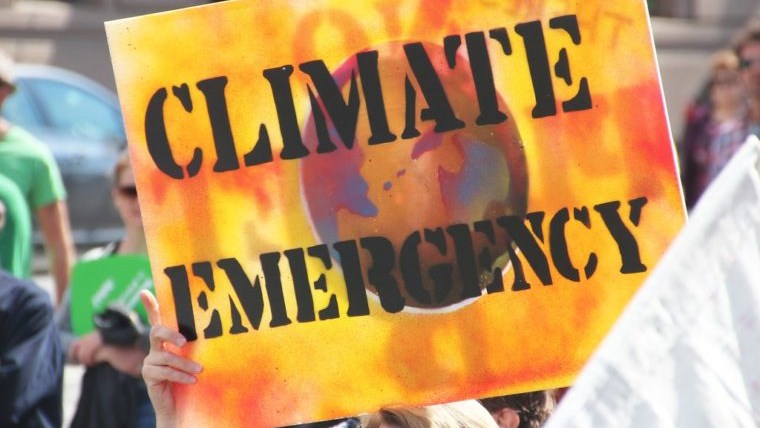 Craven councillors have agreed a motion to declare a ‘Climate Emergency’ and to aim for the district to be carbon neutral by 2030.

The motion was put forward at a full Council meeting by Green Councillor Andy Brown and seconded by his party colleague, Councillor David Noland. It was amended by the Conservative group to strengthen the motion and then adopted unanimously.

Craven is now one of the few councils in the country to pass a strong climate emergency motion unanimously.

Councillor Brown said: "With every passing day the evidence of the climate becoming more chaotic increases. We've seen floods in Hebden Bridge, a major bridge washed away at Tadcaster, 20-degree heat in February and now flash floods in Richmondshire. Even if we stop emissions today there is a time lag and climate will continue to deteriorate.

“So I am overjoyed that Craven has unanimously passed a motion committing it to become carbon neutral by 2030. It was particularly pleasing to hear Councillors from every political camp working together to put our area at the forefront of the changes that need to be made. I am grateful to colleagues from the Conservative group, Independents, Labour, Greens and Liberal Democrats for making serious commitments on such an important issue.”

Councillor Carl Lis, the council’s Lead Member for Greener Craven, said: “It is clear from the recent work by the Committee on Climate Change that it is necessary and possible to achieve the Paris Agreement’s target of keeping global temperatures at or below 1.5 °C above pre industrial age temperatures. This will require the efforts of Government, businesses, households and local government.

“But we also need to tackle the current and future effects of climate change on our communities such as high summer temperatures and extensive frequent flooding. The consequences of climate change are being felt now and by 2030 or 2050 they will only be greater.

“For some years the Conservative Administration of Craven District Council has recognised the role and effects of climate change and we have an organisational wide response to reduce our emissions and waste through the Greener Craven Corporate Priority.”

Recent environmentally friendly initiatives led by the council include the construction of the Skipton Flood Alleviation Scheme, phasing out single use plastic across council operations, running a RIBA competition to design carbon efficient affordable housing that can be rolled out across the district, plans to install electric vehicle charging points in council car parks.

The council has also been instrumental in the development and delivery of projects to improve accessibility along the Leeds & Liverpool Canal; providing a safer walking and cycling access into the Yorkshire Dales and making connections into neighboring towns and villages.

Councillor Lis said: “Our approach to achieving a carbon neutral district will be constantly evolving as technology and best practice changes. Within six months we will present to Members a strategic plan setting out how Craven District Council can achieve zero carbon emissions, across all activities for which the Council is responsible.

“The plan will also include how we can work effectively with our partners including the National Park on a sustainable approach to land management and develop rural low carbon communities.

“This Council wants to be and will be, at the heart of tackling climate change and I, on behalf of the Conservative administration, support the motion to declare a climate emergency.”