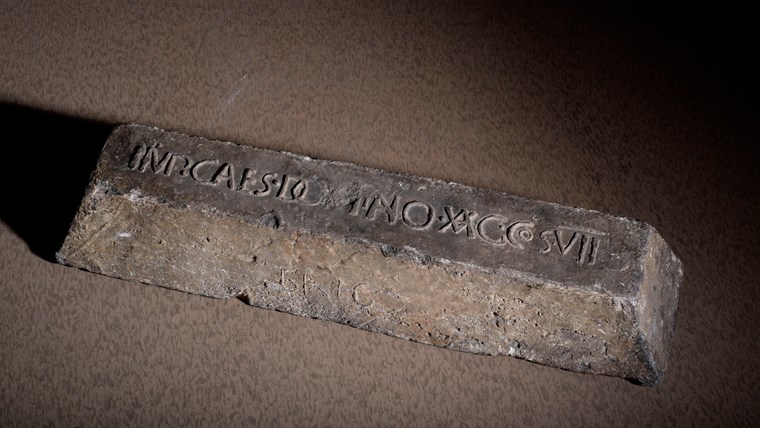 It is one of a pair found by Sir Thomas Ingilby in around 1731 at Heyshaw Bank, and has been kept at Ripley Castle until now; its companion has been in the British Museum since 1772.

Danielle Daglan, Craven District Council’s Cultural Services Manager, said: “This will be a fantastic addition to our collection. It has great significance to the Craven area, will capture the imagination of visitors to Craven Museum, and has a powerful story to tell by being displayed in the area where it was mined and made.

“It is extremely unusual to find two Roman lead ingots from any area; to have two from this area of Craven, where lead mining was a significant reason for the presence of Romans is particularly important.

“The object will open up discussions concerning the relations between the Brigantes and the Romans in the area, including issues of slavery, trade and transport, giving these a human context and allowing visitors to understand the Museum’s collections in a new light.

“Craven Museum is currently undergoing a complete redesign of its displays as part of the Skipton Town Hall redevelopment project, and as part of this process we will be re-telling the story of lead mining in the Craven area. By including this ingot in the permanent display we can show the importance and antiquity of the process in the region. It will also add context to the wider displays of Roman objects from Kirk Sink Villa and Elslack Roman Fort.”

The inscription on the ingot reads: “Imperatore Caesare Domitiano Augusto Consule Septimum’, referring to the Emperor Domitian's seventh consulate, placing the making of this particular lead ingot to the latter part of 81 AD.

The word ‘BRIG’ on the side indicates it was produced in the territory of the Brigantes, a tribe that was settled across much of modern-day northern England.

Craven District Council’s Policy Committee agreed the purchase of the object in October last year; the Museum has now received the ingot and is planning for its display when it reopens later this year following the refurbishment of Skipton Town Hall.