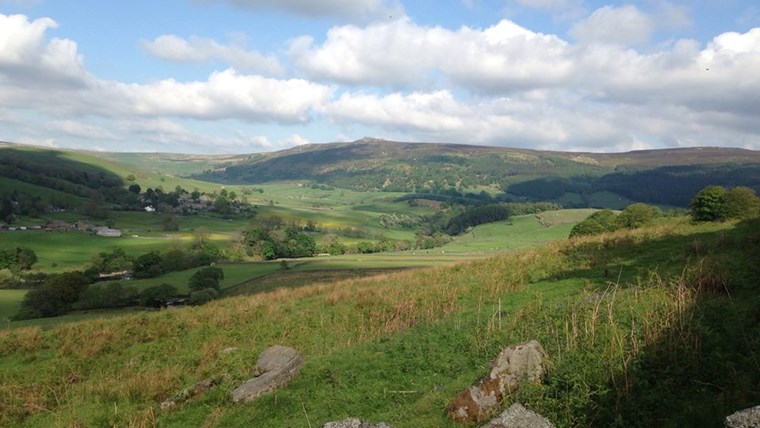 Increasing council tax on second homes in the Yorkshire Dales National Park is one of a number of measures being proposed as part of efforts to help attract and retain families to live and work in the area.

Civic leaders from across the Dales are joining forces to look at seeking approval for a five year pilot, which would see a significant local increase in council tax on second homes introduced.

Currently there are about 1,500 second homes in the Park, representing more than ten per cent of the total housing stock.

Last night (Tuesday 28 Nov) Craven District Council Leader Councillor Richard Foster told a meeting of full council that community sustainability had become a pressing concern- and that one of the key ways to tackle it was by addressing the impact of second homes. He said he was working with Richmondshire District Council's Leader and the Yorkshire Dales National Park Authority Chairman to develop the idea for wider debate.

Cllr Foster - who is also a Member of the National Park Authority - said a detailed proposal would be brought to a meeting of the Authority on the 19th of December.  If approved, a proposal would then go to the national park's constituent local authorities for them to consider.

"All across the north of England we have seen a flight of young people from the more remote rural areas like the Dales - and only a trickle of young people and families have come in to replace them.  As local authorities we have a duty to our communities and to this special place to try to address the causes before it is too late.

"Action in four key areas - economic development and job creation, broadband infrastructure, the retention of vital local services, and housing - is needed.  On housing, local authorities in the Dales are putting an immense amount of work into trying to get new, affordable homes built.  But so many homes are being lost to second home ownership that the positive effects of the new homes are being cancelled out.  I think we've come to the point where we would not be doing our duty if we didn't take a serious look at second homes. Do we really want to be known as the generation that sat on our hands while our communities fell apart?

"Second homes are typically unoccupied for much of the year.  That results in a substantial economic loss to the local community and - perhaps even more important - a loss of vitality.   It doesn't seem unreasonable to suggest that second home owners should be asked to help make good these losses.  Higher Council Tax charges on second homes could be the answer.  Any additional money raised through this pilot could be ploughed back into community services."

Richmondshire District Council Leader, Councillor Yvonne Peacock, who is also a member of the National Park Authority, said: "I want our Dales communities to keep going and to thrive, and that's why I want to see action on the really big issues such as economic development and housing.  It is becoming increasingly clear that one of the ways we can help local communities is by prioritising their needs over the needs of second homeowners.

"Young people have left the upper Dales in high numbers and one of the reasons why so many have left in recent years - and why so few families are attracted here at the moment- is that good, affordable housing is out of their reach.  A large council tax increase on second homes could change that.

"Incentivising the sale or renting out of second homes could bring more homes back into full-time occupancy.  For a twentysomething who returns from work each evening to a bedroom in their parents' house, passing several empty houses on the way must seem very wrong."

The Yorkshire Dales National Park Authority Chairman, Carl Lis, added: "The Authority cannot achieve its two statutory purposes of conserving the landscape and promoting its enjoyment by the nation without strong, viable communities.  There is no doubt that we need to retain more of our young people, and attract others from outside the park, but at the moment we've little chance of doing either because there is not enough available or affordable housing.  The situation cannot be attributed to the high number of second homes alone - but it is certainly a factor.

"By stimulating the housing market, second homes have helped to create a gaping affordability gap between house prices and local wages. The knock-on effects are a 'flight' of working age people, school closures, loss of services and hollowed out communities."