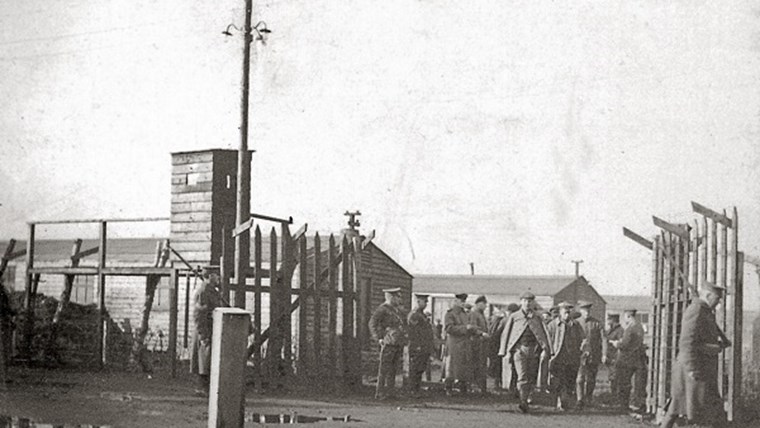 Thanks to National Lottery players, Craven District Council has been awarded £96,700 to explore the home front legacy of the First World War.

The project follows on from previous work funded by the Heritage Lottery Fund, to support the district's centenary commemorations throughout the past 3 years, delivering a number of events and exhibition to mark 100 years since the war.

The legacy of war on the people and places of Craven will be explored, and there will be a focus on the centenary of the arrival of German prisoners to Skipton's Raikeswood camp.

"Craven's part in World War One did not end abruptly in 1917 and it is vital that the story is carried forward to the end of the war and its aftermath. As with so many communities across the UK, the impact of the First World War on Craven and its communities was significant, and long-lasting, and the stories of wartime life in the area represent a fascinating and insightful snapshot of 20th century history in this corner of North Yorkshire."

Councillor Simon Myers, Craven District Council's Lead Member for Enterprising Craven, said: "This is a fantastic opportunity for the people of Craven to get involved with the commemoration of this important event in our history. The Great War touched the lives of almost all families in Craven. The various commemorative events will undoubtedly leave a deep impression."

Plans include further archaeological excavations on the site of the Raikeswood camp this summer and a website where visitors can get a look at what life would have been like in the camp through an interactive 3D virtual model.

There will also be a number of exhibitions exploring the impact of war on the people of Craven, including the continuation of The Museum of North Craven Life's (The Folly) annual WW1 exhibitions, with their latest exhibition '1917: Mud & Misery' running until the end of October.

The project is made up of a collection of community-focused organisations including Craven Museum & Gallery, The Museum of North Craven Life (The Folly) and North Yorkshire County Council Library and Community Services. It will work closely with a number of different partners including the University of Leeds Legacies of War project and Pioneer Projects in Bentham.

David Renwick, Head of the Heritage Lottery Fund in Yorkshire & the Humber, said: "The impact of the First World War was far reaching, touching and shaping every corner of the UK and beyond. The Heritage Lottery Fund has already invested over £86 million to more than 1,700 projects - large and small - that are marking this global Centenary; with our small grants programme, we are enabling even more communities like those involved in 'Craven and the First World War' to explore the continuing legacy of this conflict and help local young people in particular to broaden their understanding of how it has shaped our modern world."

For more information about the project or how to get involved, you can contact the Project Officer, Rob Freeman, on 01756 706225 or RFreeman@cravendc.gov.uk