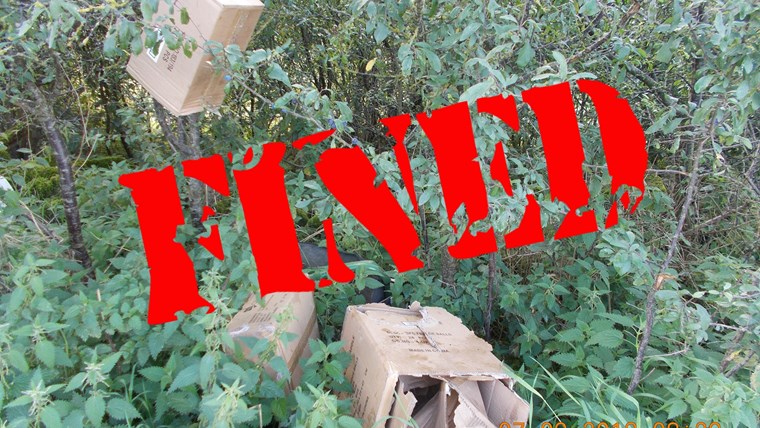 Craven District Council has successfully prosecuted a flytipper who will have to pay more than £1,000.

Jonathan Robinson, 25, of Baldoon Sands, Middlesborough, pleaded guilty to the offence and was sentenced at Skipton Magistrates’ Court on March 1, 2019.

He admitted responsibility for flytipping in a layby on the A59 near Bolton Abbey on September 4 last year.

Councillor Carl Lis, Craven District Council’s Lead Member for Greener Craven, said after the hearing: “I’m delighted that we have been able to bring this successful prosecution.

“This is one of the biggest fines that we have managed to impose on a fly-tipper in Craven so far. We do not take these crimes lightly and neither do the courts.

“Many thanks to our council officers who are working hard to collect evidence and make sure we catch those who try to spoil our beautiful district.”

Last year a flytipper was fined £320 and ordered to pay £1,000 in costs after dumping waste on land near Collinge Road, Cowling.

Penalties for environmental crimes can vary but do include fines of up to £50,000 and/or up to 12 months’ imprisonment.

Residents can report environmental crimes by calling 01756 700 600, or at https://www.cravendc.gov.uk/cleaner-neighbourhoods/