Skipton could be host town for Tour de Yorkshire 2020 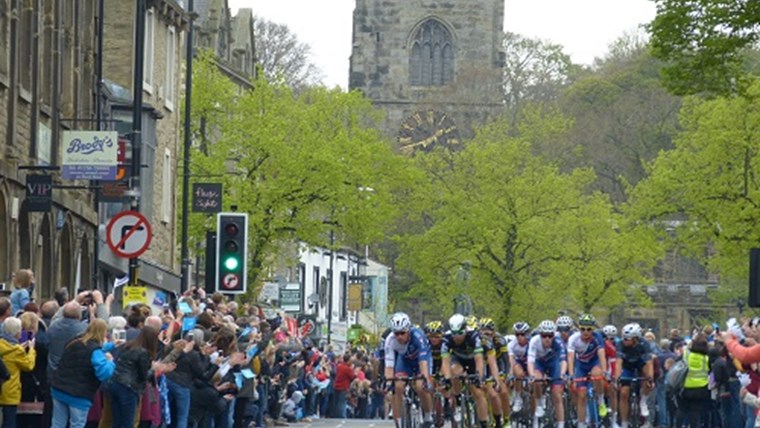 Craven District Council’s Policy Committee has agreed to put Skipton forward as a potential host town for a stage of Tour de Yorkshire 2020.

If successful, the international cycling race could take in the Three Peaks area of the Yorkshire Dales National Park for the first time.

The recommendation now needs to be approved by Full Council before Skipton goes forward as a contender to host the start of a race stage.

Council leader, Councillor Richard Foster, said: “The Tour de Yorkshire has continued to grow in terms of size, stature and the economic benefits it brings to the region.

“We saw how fantastic the event was when Settle staged a finish of the race in 2016, and the race route has included areas of Craven every year, always attracting large crowds.

“Host towns obviously benefit from visitors who are attracted to the area to view the race. However, there are also long-term benefits from the extensive TV coverage and pre-race publicity which showcases and promotes the local area.”

If Skipton is chosen as a host town for the 2020 event, the council would set aside £180,000 from the New Homes Bonus localism reserve to underwrite the total costs of the event.

The Yorkshire Dales National Park Authority has already committed an allocation of up to £50k from their Opportunities Fund, as a potential contribution towards a start of the 2020 edition of the Tour de Yorkshire in Skipton, on the provision the route would take in a large portion of the National Park.

The most recent edition of the race took place over four days in early May 2018. Day four saw the competitors passing through Craven, travelling through Sutton, Cross Hills, Skipton, up through Embsay, Eastby, Barden, Burnsall and Kettlewell, up over the infamous Park Rash climb and on up to Coverdale. This same route will be used again for the 2019 TdY race.

According to research and media monitoring conducted by Welcome to Yorkshire an estimated 2.6m spectators lined the route over the four days. The race was televised to 190 countries and watched by a global audience of 12.5 million.

Research also concluded that the value to the Yorkshire economy was £98 million.