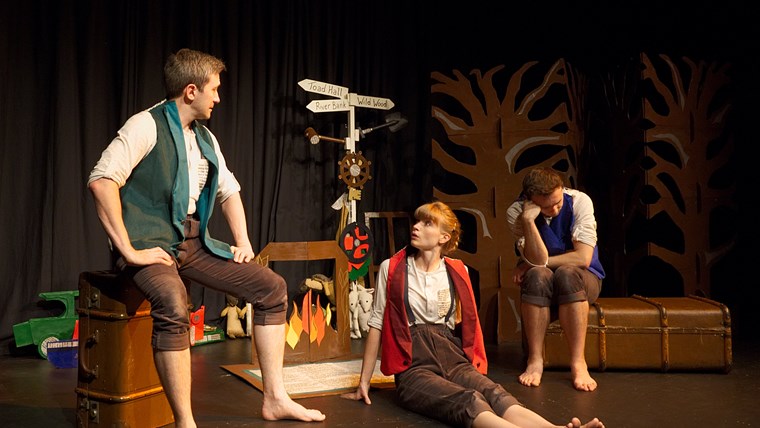 Special Halloween film screenings and live theatre performances are all part of the spook-tacular fun at Skipton Town Hall during October half term.

Hocus Pocus and Ghostbusters are the big screen offerings while theatrical performances of The Wind in the Willows and the Three Little Pigs will delight families.

Danielle Daglan, Programming & Venue Development Manager at Craven District Council, said: “There’s lots going on at Skipton Town Hall during the October half-term – so do come along and experience some fantastic screenings and shows.

“We’re encouraging audiences to dress up in spooky costumes to enjoy the films and celebrate Halloween in style!”

The events kick off with a screening of Hocus Pocus on Monday October 29, at 1pm. Originally released in 1993, this classic 90s movie, starring Bette Midler, Kathy Najimy, and Sarah Jessica Parker, is now 25 years old but still a firm Halloween favourite.

Then on Tuesday October 30, at 2pm, Box Tale Soup will perform a beautiful new adaptation of Kenneth Grahame's much-loved classic; The Wind in the Willows.

A magical new family show from the award-winning theatre company, this production features unique handmade fabric puppets and a charming original score. The show is suitable for ages four and over, and all tickets are £7.50.

On Wednesday October 31, at 1.30pm, Garlic Theatre presents a brand new version of the classic story of the Three Little Pigs – set in Paris. A grumpy old wolf is a chef who wants some pigs' tails for his soup.  Will the little pigs outwit the wolf and what kind of house will they build?

This is a funny, warm hearted and interactive rustic tale to make audiences squeal with laughter, bristling with puppets, live music and lots of joining in. In partnership with Rural Arts, Garlic Theatre entertain the whole family with beautifully crafted puppets, music and a garlicky French twist to the tale.

The show is suitable for children aged three to seven; tickets cost £8 for adults and £6 for under-18s.

Concluding the half term fun is a screening of Ghostbusters, which originally hit cinema screens in June of 1984 and went on to become one of the most successful comedy films of all time. This film will be shown on Friday November 2 at 1pm.

Fancy dress is encouraged for both film screenings and both are rated PG. Film screening tickets cost £5 for adults and £3 for under-18s.

All tickets are available to buy online at www.cravendc.gov.uk/skipton-town-hall or from the Box Office: 01756 792809.