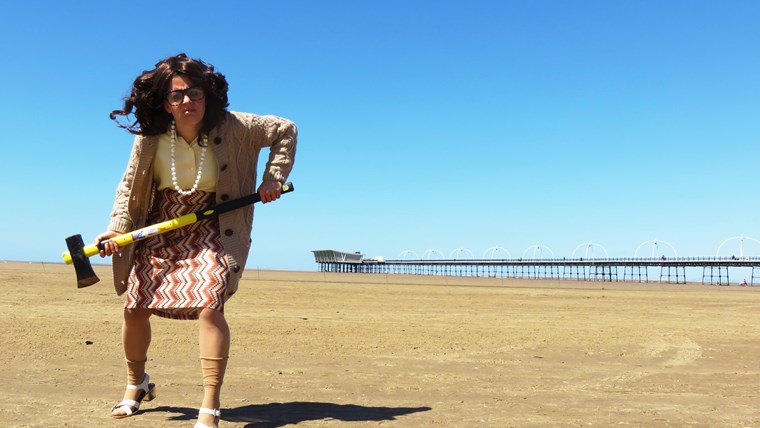 Leading puppet theatre company Odd Doll take a trip to the seaside, where they find more than they bargained for.

Celebrating the British horror and British holidays of the 1970s, this new show brings together puppetry, mask and specially composed music to fill the stage with nerve-shattering shocks.

This unique show is coming to Skipton Town Hall on Friday October 26, at 6pm.

“Their work takes inspiration from fairy tales, the beauty of circus and dance, the absurdity of clowns and the power of original music. It’s a mesmerising show!”

Artistic Director Kathleen Yore said: “We’re so excited to get our new show in front of audiences. We’re going to take people into a world of Evil Seagulls, Zombie Donkeys and Bingo Hairballs.

“The show has a lot of scares, a lot of laughs and some wonderfully wicked acts. It has been described often as a Roald Dahl and League of Gentlemen mash up, creating unforgettable memories for anyone who’s ever spent a rainy day on a British beach.”

The idea for the show came when the team started researching vintage horror movies from the 1960s and 70s. They seemed to immediately chime with Odd Doll’s sinister but colourful aesthetic.

The show really came alive when this was paired with another great British tradition – the seaside holiday. The backdrop of coastal towns that have seen better days make for an evocative setting for these spine-tingling adventures.

To make the show, the company decided to collaborate with an army of theatre-making horror fans. The script is written by Adam Robinson, who is currently on tour with his gothic-tinged set of ghost stories Shivers. An original score is provided by composer Paul Mosley, who has released seven original albums and has recently specialized in collaborating with puppet companies including Old Saw and Barely Human.

The performance is suitable for ages 10+. Tickets cost £8 for adults and £6 for under-18s.