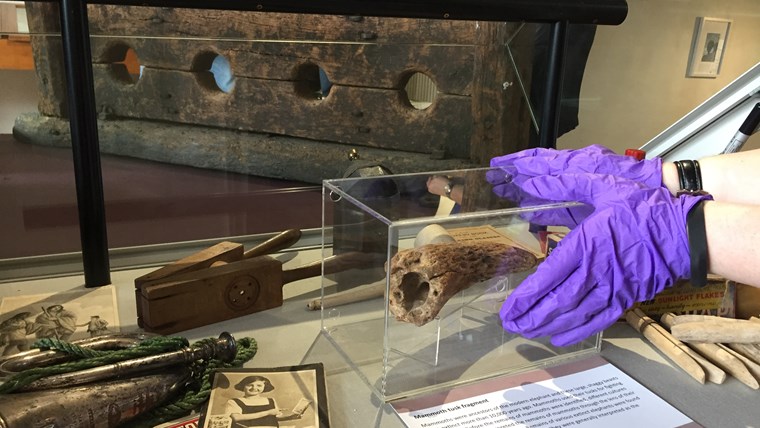 Craven residents are being invited to explore some of the curious and unexpected creatures of the Craven Museum collection in a unique pop-up exhibition at The Folly in Settle.

Visitors can discover some of the stories, myths and folklore that have been inspired by animals for thousands of years through a collection of animal-themed objects.

The exhibition runs until December 22, and includes a children’s trail to find the objects. There is also a half term family friendly craft activity workshop on Monday October 28, from 11am to 1pm at The Folly, run by Craven Museum, where families can make their own curious creatures to take home. This is free on entry to the Folly.

Gemma Bailey, Community Heritage Curator at Craven District Council, said: “This fascinating new display has been created by the Volunteers at Craven Museum who have researched the objects to reveal more about their exciting and mysterious histories.

“The Volunteers now invite you to explore some of the curious and unexpected creatures and learn some surprising stories from the Craven Museum Collection.”

Objects include the Lion Doorstop, an unusual discovery made by two young children in Skipton Woods back in 1955. Nobody could explain how or why the doorstop found its way into the woods and people were fascinated.

The children appeared in local newspapers and the V&A Museum were contacted to try and reveal more about this exciting find. The V&A museum responded, dating the doorstop to the early 19th century.

Gemma said: “We still don’t know today where the doorstop came from or how it ended up in Skipton Woods but the lion has been an important symbol to humans for many years. The symbolic form of a lion can represent strength and courage which might explain this doorstop, as a symbol of protection at the entrance to the home.”

Another mystery object is a carved sandstone head, which was mysteriously found buried in a garden in Carleton. Many years of exposure outside has eroded most of the details from the stone head which makes it difficult to identify what type of animal it represents and the museum staff are curious to know if anyone has ideas about what animal it could represent.